Been missing in action a little as I’ve been doing much planning work for our upcoming trip to Australia. It’s Emilee’s fourth overseas trip. Heh, I ought to document her trips with us more ya?

Anyway, here’s a bit of an update on us.

I’ve been having a bit of trouble with my pregnancy recently. As soon as I hit the second trimester, I developed an allergy to the insulin/needles. I’m on insulin to control my blood sugar as I’m pre diabetic. I had gestational diabetes while I was having Emilee. Unfortunately it didn’t go away after she was borned. Also, my condition is genetic as the whole of my mum’s side of the family is diabetic.

So, back to the problem. Perhaps it’s due to a change in hormones but the area I injected frequently would start to itch and swell like a huge mosquito bite. I really don’t mind the swelling too much but the itch is just OMG! I’ve been relying on lavender or jojoba oil to soothe the areas and now switch around injection sites for every jab.

Hope the problem goes away soon. I can’t imagine scratching all the way till December and having ugly red bumps on my tummy. 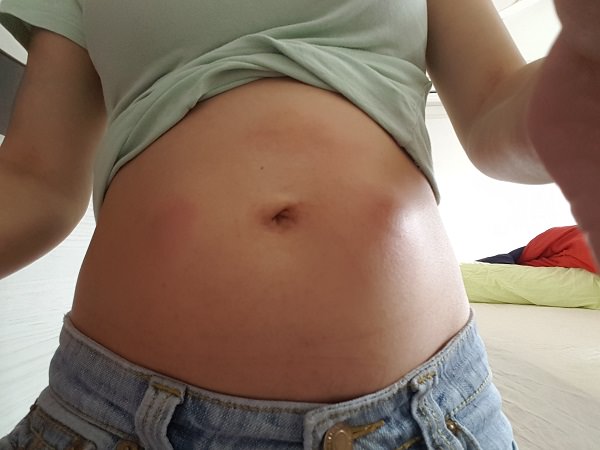 As for Emilee, we’ve a happy little problem now. I have bags of diaper pants to sell off as our little one is now toilet trained! I thought I would switch her to underwear after our trip to make things easier for both of us but she decided she wanted to wear big girl pants one day.

So tadaa! We have a potty star now. She has had a few accidents but she’s trying. Still not too comfortable using the adult loo outdoors but she has had a few successful encounters. I think the trouble is that she is really small sized and we have to hold on to each other else she would fall in.

Speaking of small sized. Getting underwear for her was quite a headache. The smallest sizes at Mothercare and H&M are still too big for her. I finally found tiny underwear that fit her at one of the baby fairs I attended. Except, I bought only two pairs to try for size. So had to mad scramble and message the company if I could get more from them. Thank goodness they are really responsive on social media and their shop is in the East so we didn’t have to travel far. The underwear looks like from Taobao but I really couldn’t find it when I searched online. It also looks more like thin diaper covers for 6 month old babies but hey, whatever works. 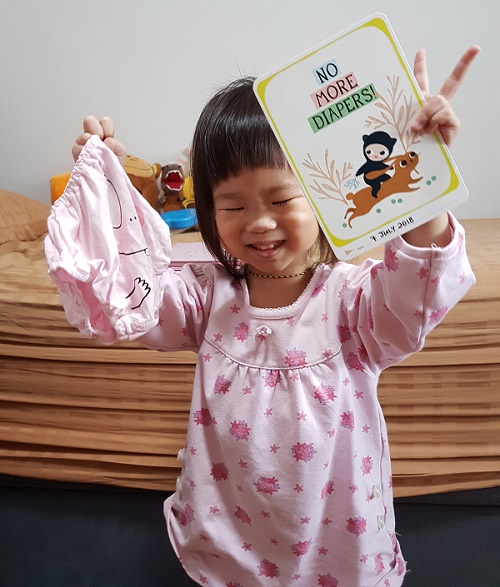